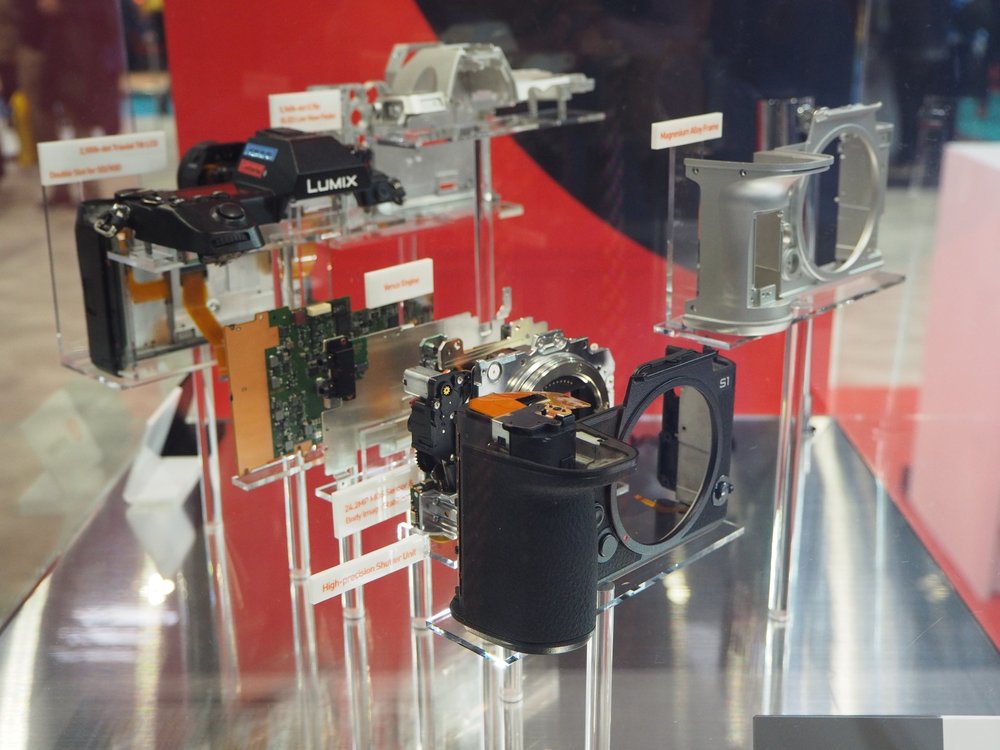 ePhotzine shared a multitude of images of this “naked” Panasonic S1 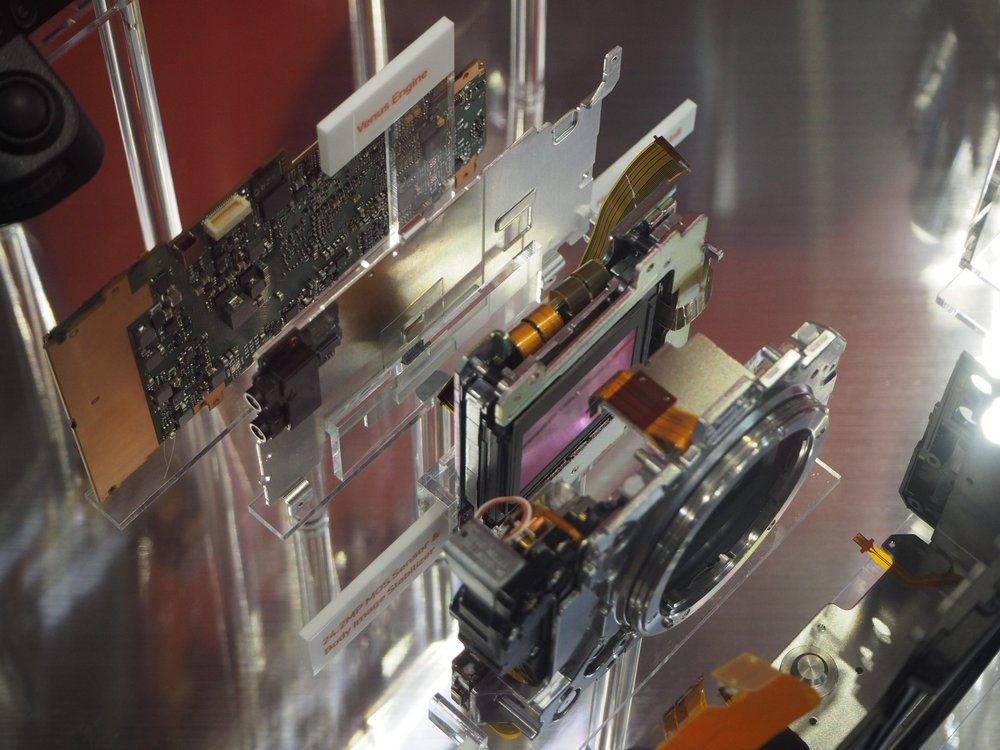 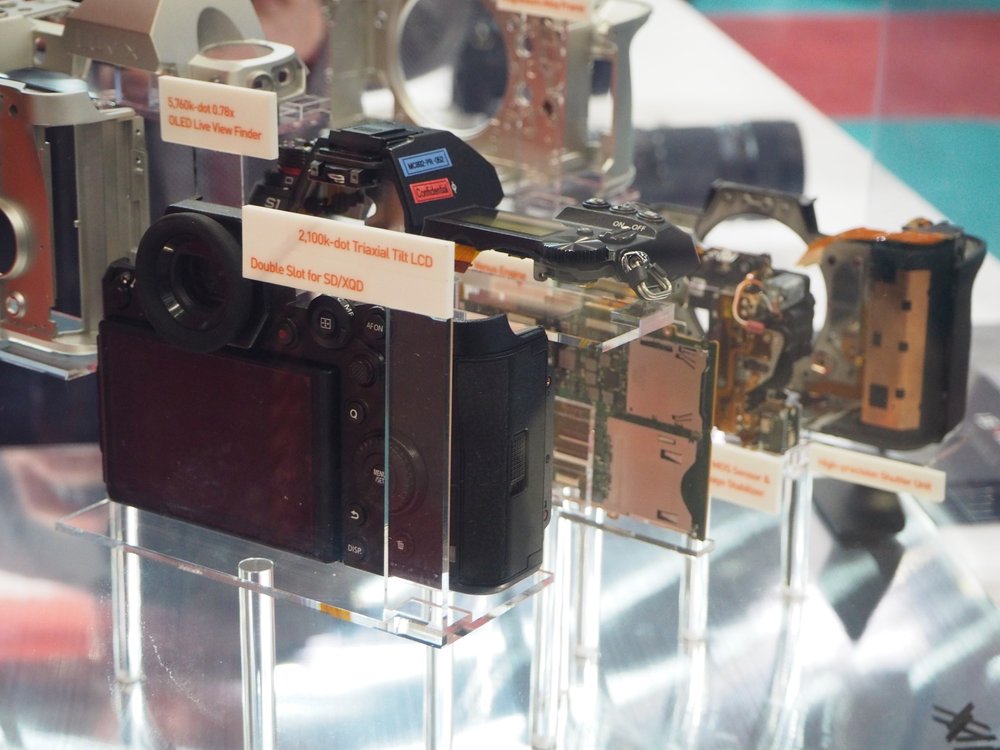 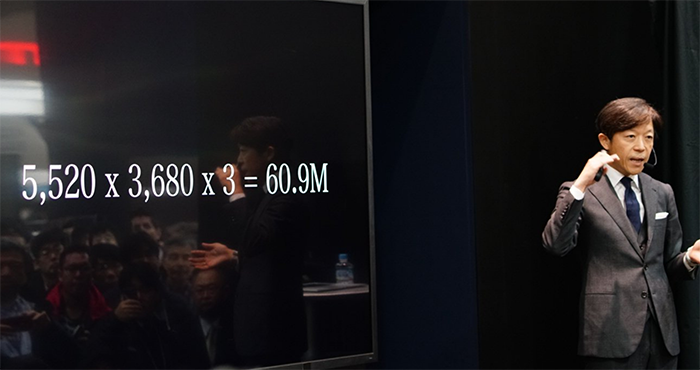 Here’s a quick translation of KY’s speech at cp+. I did not translate his speech word for word, but hopefully this will be helpful or interesting to you.

Mr. Yamaki then apologizes for the delay, saying that they are trying to make a great camera and that creating a full frame sensor for the first time comes with difficulties.

“Our current cameras, the Quattros, use a 1:1:4 RGB sensor, but we are returning to our traditional, or rather, original 1:1:1 sensor.”

He then talks about pixel pitch. He said that he wanted to create a camera where the pixel pitch was large enough that the images could be recorded well. (paraphrased). Shortly thereafter, he talks about spectral response.

~10:00 “Our sensors have the reputation of being able to capture images in a unique way in regards to pixel sharpness, etc. Our cameras have a broader spectral response compared to cameras with a Bayer filter. In cameras with a Bayer sensor, the RGB have more distinct peaks comparatively. It is said that Foveon sensors are have worse color separation due to this. It is true that Foveon sensors are indeed a little weaker when it comes to color separation, but this also allows for a smooth gradation of colors.”

~11:00 He talks about the switch to TSI semiconductors. He notes that the close proximity of the two companies will allow for better communication between Foveon and the foundry.

35:17 Mount conversion service for SA-L mount is tentatively planned for about 10,000 yen.

The Leica L mount and why we need new lens mounts (Redshark). 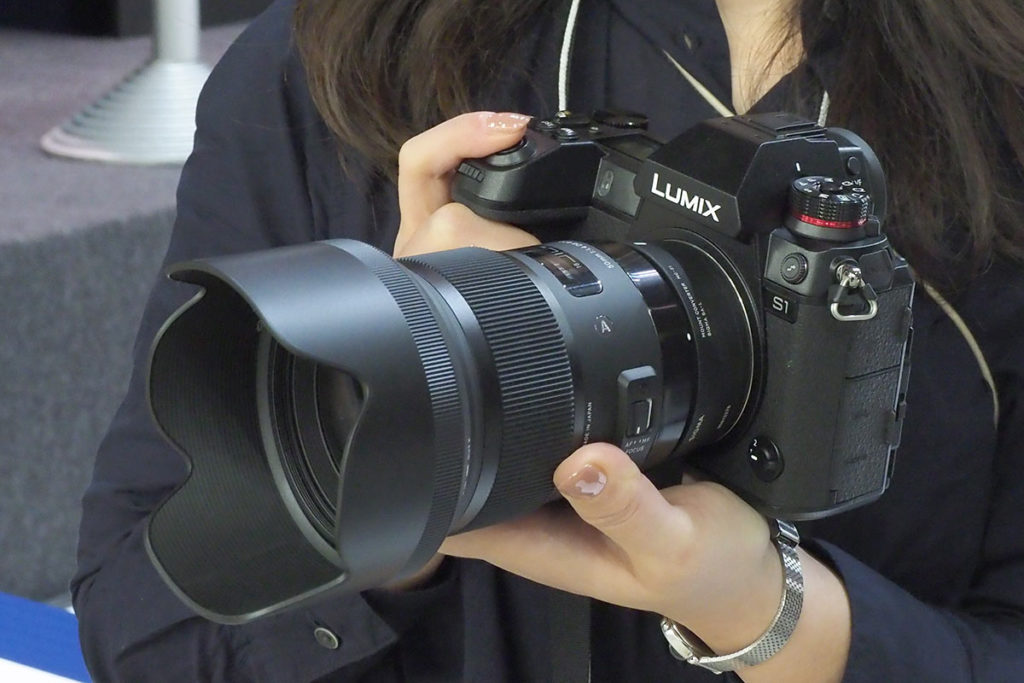 This is one of the first images of an EF mount lens mounted on the Panasonic S1 using the new MC-21 adapter.