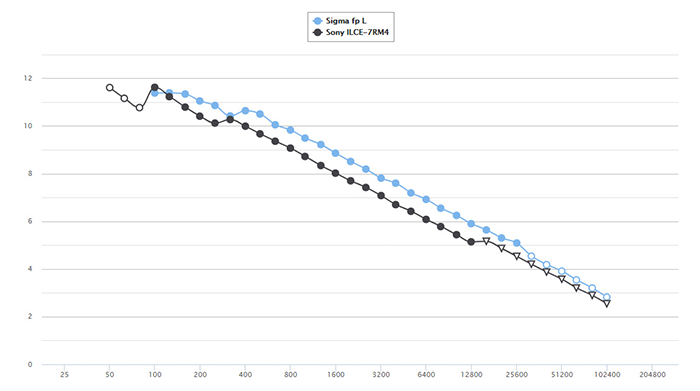 Pphotonstophotos.net measured the Sigma FP-L dynamic range and as you can see it clearly outperforms the Sony A7rIV. That’s a big surprise! 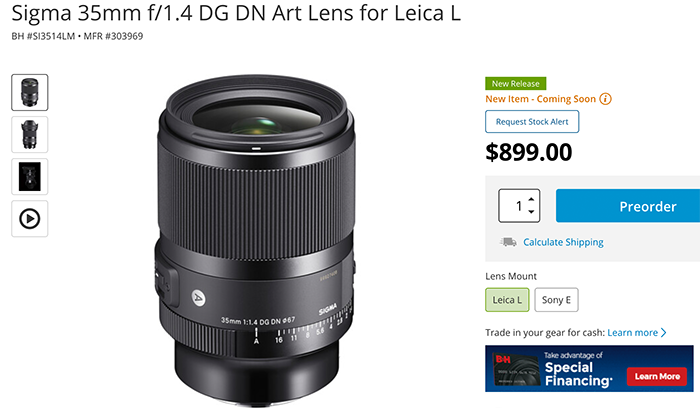 Both E-mount and L-mount versions of the Sigma 35mm F1.4 are very sharp lenses, and in most respects can deliver great image quality even when shooting wide-open. Although there are issues with ghosting and cat’s eye, in many situations you’ll be able to work around these.

If you’re an L-mount shooter, the Sigma 35mm F1.4 represents a very nice option for achieving a shallow depth-of-field and overall good image quality while staying on a reasonable budget. The Sigma 35mm F1.2 DG DN is also worthy of consideration, but you’ll have to spend a lot more and work out your biceps for the benefits it can bring.

We’ve put the Sigma fp L up next to the Sony a7R IV first and foremost, since they share a similar sensor design and resolution of 61MP. At first glance, the Sigma looks just slightly softer than the Sony, though looking closely reveals similar levels of fine detail. We ran the files through an MTF analysis and found that this difference is within the realm of the impact of an anti-aliasing filter – and Sigma has chosen to include one on the fp L, while Sony has left one off its a7R IV. For reference, an anti-aliasing filter helps suppress moiré, while leaving one out results in an increase in perceived sharpness. (It’s worth noting that the Canon EOS R5 has an anti-aliasing filter while the Nikon Z7 II foregoes one.)

Indeed, when we look at areas where moiré can be problematic, we can see the Sigma controls it a little better than the Sony does. Overall, the Sigma fp L gives you plenty of detail and the files should respond well to a bit of extra sharpening should you so desire.

At higher ISO values, the Sigma continues to perform well, and actually shows less noise than the Sony and similar noise levels to the Nikon by ISO 51200. The very highest setting should really be reserved for emergencies, as with all the other cameras here. However, the Sigma does show some banding (visible along the right edge of the full test chart), due to the interaction of its full-time electronic shutter and the tungsten light we use for this test.